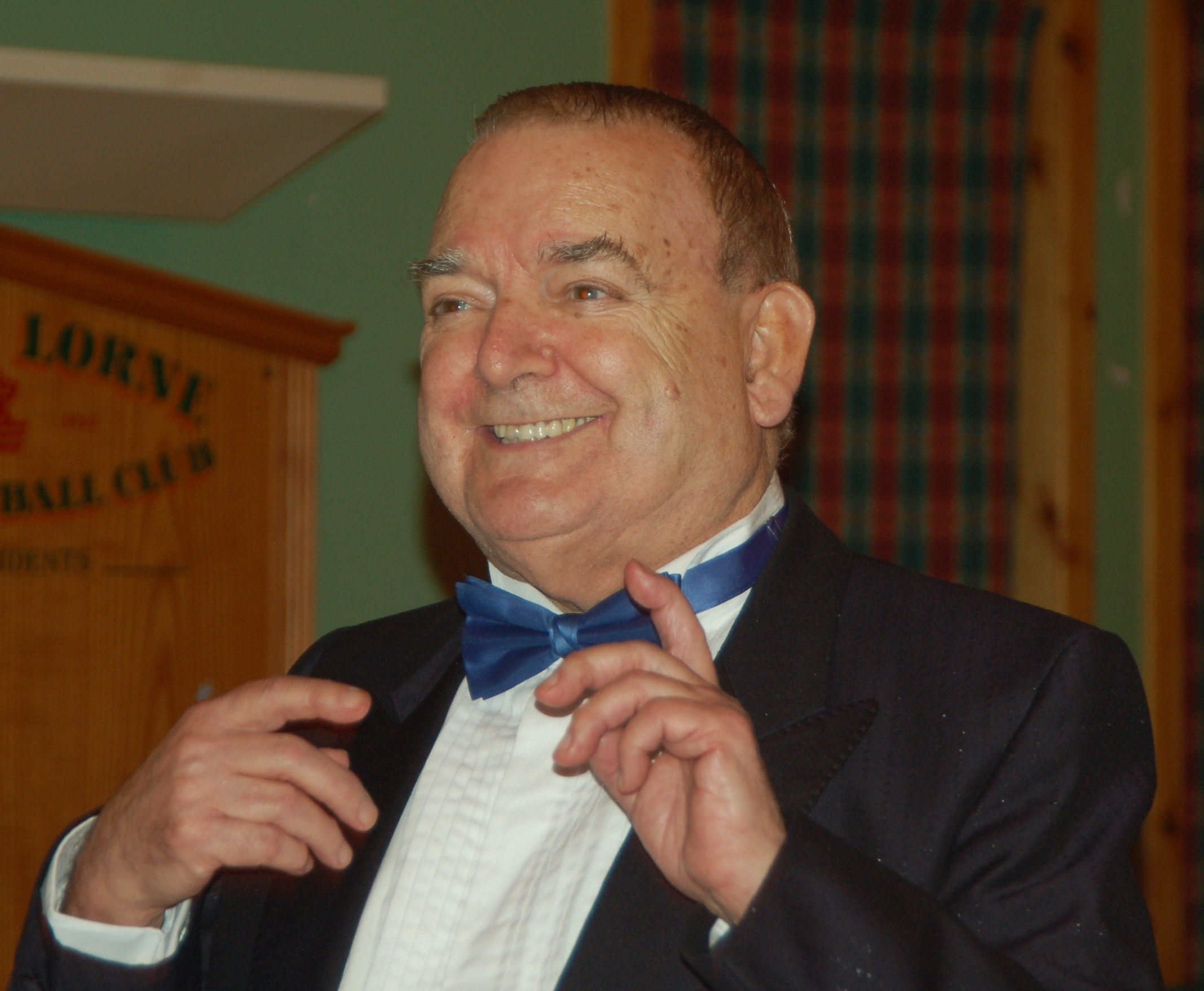 Raymond moved to the Oban area in the early 70’s. He lived in Airds Bay in 1976 before he moved to Rockfield Road & then Drimvargie. He moved away in 2013 to be near the family.

He ran the Tourist Office in Oban & then was Head of Leisure & Recreation with Argyll & Bute Council until his retirement. He was heavily involved in drama and theatre with Oban Operatic Society which became OOPS and then Spotlight Musical Theatre Group. He was also involved with Benderloch and North Connel Drama Club as well as other groups in the town. He was involved in lots of civic groups within the town. His passion and determination always shone through and was full of praise when things were done properly but sure to make his feelings clear when he wasn’t happy with how something was going – he was fiercely determined that things should be done correctly and as professionally as possible. 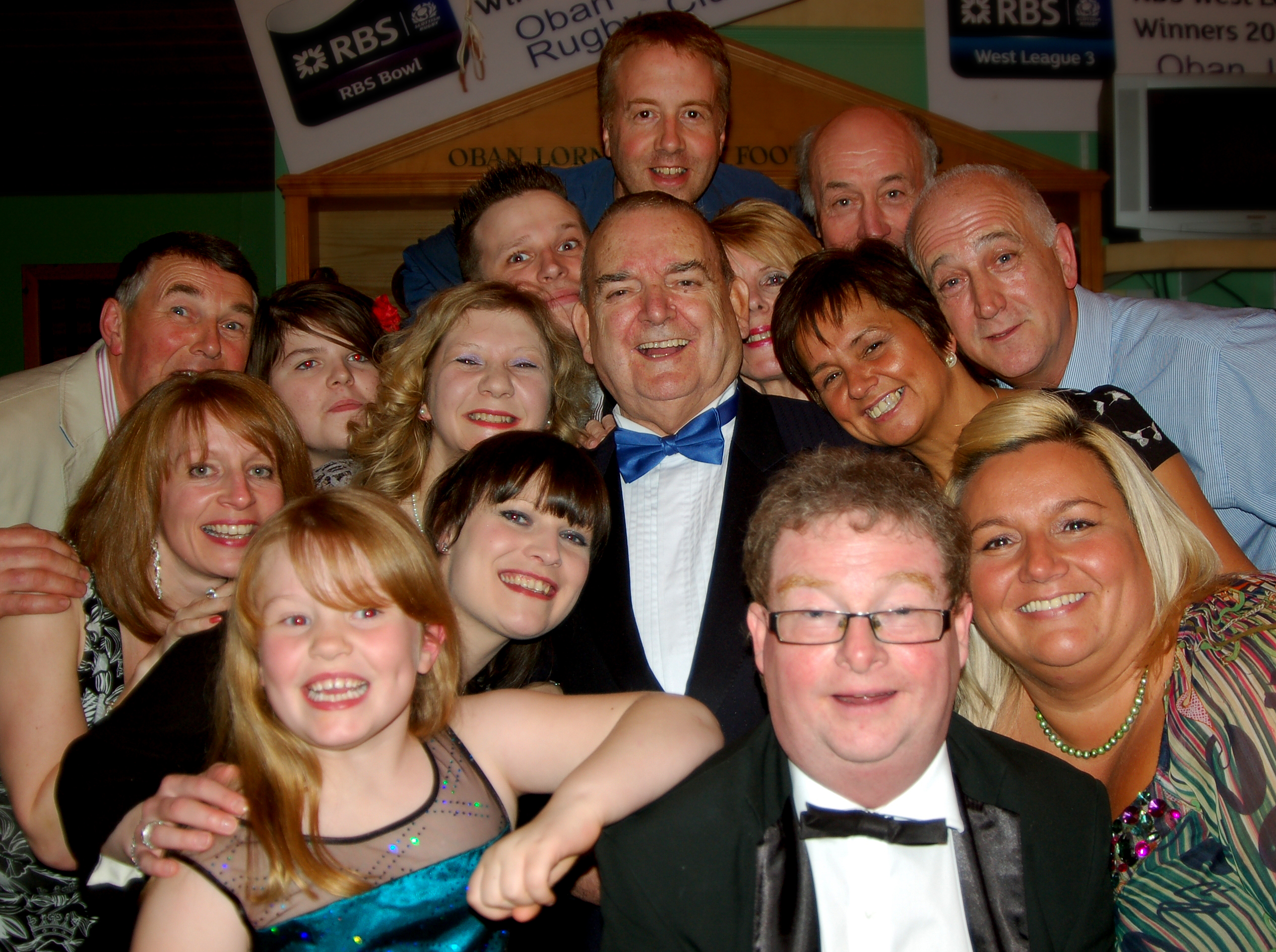 From 1976 Raymond was on the Committee of Oban Operatic Society and in 1977 the post of Publicity Officer was created to utilise Raymond’s skills. He quickly formalised an impressive and ever-expanding list of honorary and paying patrons with the Duke of Argyll as the chief honorary patron. He personally wrote to all patrons to keep them informed of the company’s activities. He wrote to all local organisations to market the shows and successfully went as far afield as Glasgow in his marketing campaigns to attract High School parties to see the Operatic Society’s shows.

His list of shows where he appeared on stage was wide-ranging including a large number of Gilbert and Sullivan Operas. Raymond’s first show with Oban Operatic Society was ‘The Yeoman of the Guard’ in 1976. He played Colonel Fairfax, a character described as, ‘A nobleman, hero and flirtatious’; It could be argued a character he lived for the rest of his life!

There was a town production of “A Midsummers Night Dream” performed in the open air in Mccaigs Tower. He had parts in plays and pantomimes and of course musicals including “High Society”, “Me and my Girl” and “Oklahoma” to name but a few.

He played Max Detweiler in “The Sound of Music” twice, in 1991 and 2001. That character has been described as ‘Charming. A man of sophistication who enjoys the good life” With Raymond, the lines between his art and his life were often blurred.

Sadly we never saw him perform in the lead role of “Gigi” in the role made famous by Maurice Chevalier as the show never made it to stage – nor did we grant his wish to do “Carousel” – which he always said was his favourite show.

His delivery was “interesting” when acting opposite him. Sometimes (as it does to us all) the lines would just vanish just as he needed them – but sometimes he just made them up on the spot anyway! and As he once said “It sounded better the way I said it”.

Raymond played the lovable rogue Uncle Willie in “High Society” in 2005. At the following AGM the Director’s report included the line; ‘if it was Raymond’s last performance with us in a full-scale musical, then it should be recorded how much his contributions to SMTG and its forerunners have been appreciated by both members and audiences’. It was his last appearance with us and our appreciation was duly recorded.

Raymond always did his best to attend every Spotlight show even after he moved away to Glasgow – always appearing backstage to the delight of everyone. Quite often he was found surrounded by a large contingent of the cast with a huge beam of delight on his face.

Raymond received his ‘seat for life’ certificate from Spotlight at his 90th birthday celebration and sadly only got to use it once. He drove to Oban from Glasgow unaccompanied and arrived, unannounced, for the final performance of the 2019 pantomime ‘Camelot’. Clutching his framed certificate in a John Lewis plastic carrier bag he glided up to the reception desk and demanded free entrance. If he wasn’t wearing a fedora, he should have been!.

We didn’t know he was coming to use his ticket – but there was always a seat for him – and in our memories will always continue to be. Perhaps we should leave that empty chair there at every show as a reminder.

His letters to those in charge of the group were legendary. They would normally appear a few days after the last show of the run telling the director, producer or whoever exactly what he thought of the production for good (and ill) – but always a delight to read, expertly written – if often somewhat humbling.

After seeing our production of ’Spamalot’ in 2017 he wrote to us singing our praises and signed himself, ‘His Grace, Shaw of Shawlands, famous actor, tap-

dancer and Learner of Words’- He could have added, ‘one of a kind’.

He said to his nephew several times how the Oban productions were now as good as any of the big amateur companies in Glasgow. “He was so proud of what you all achieved”.

Raymond leaves a huge legacy within local theatre in Oban (and beyond). He was full of life as he always was until the end. Here’s to you Mr Shaw – keep a watchful eye on us and make sure we do it all properly! 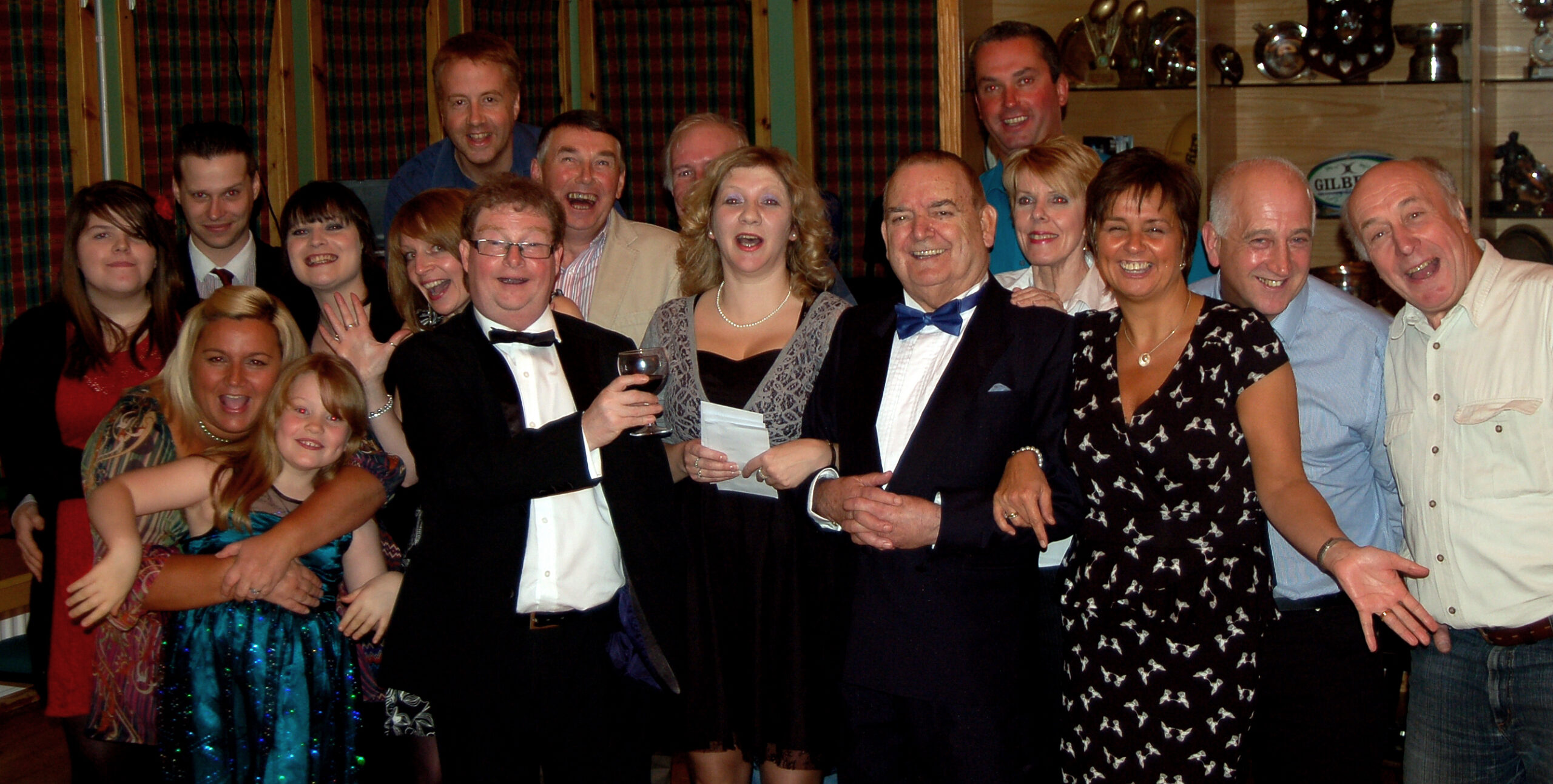 Spotlight and Oban Operatic Shows That Raymond was in 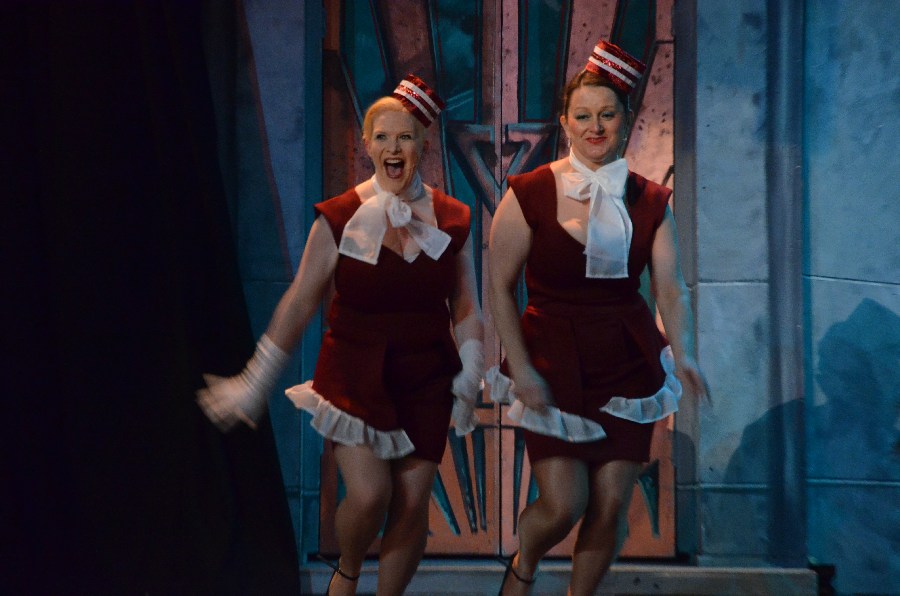 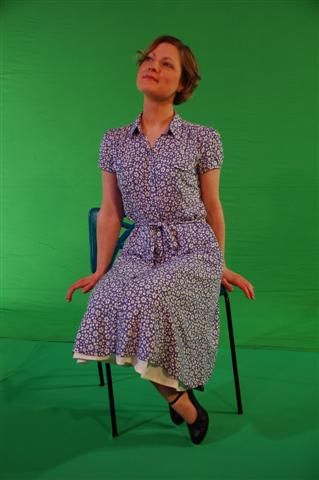 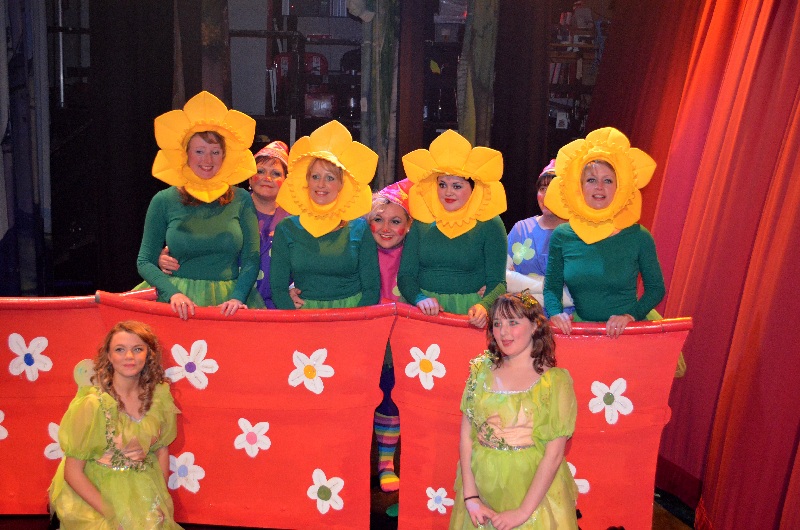 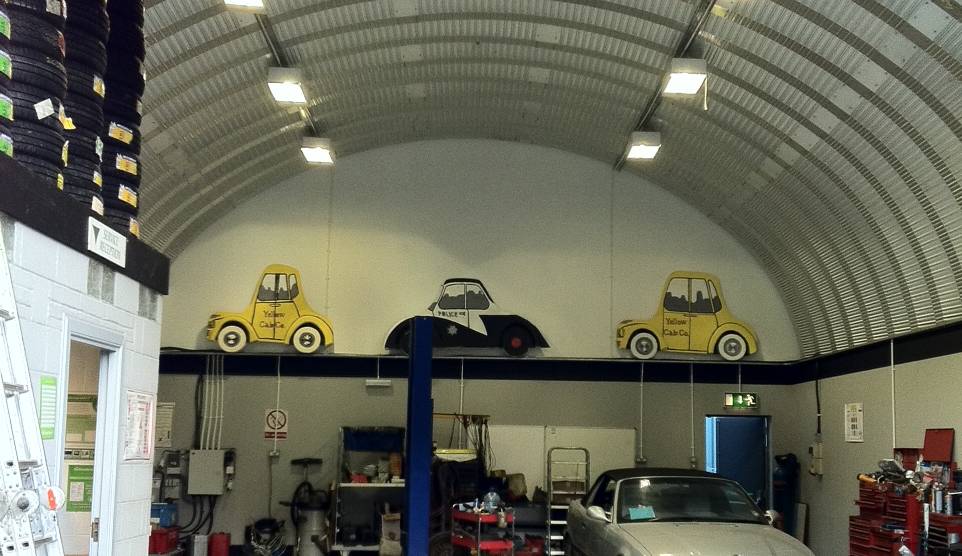 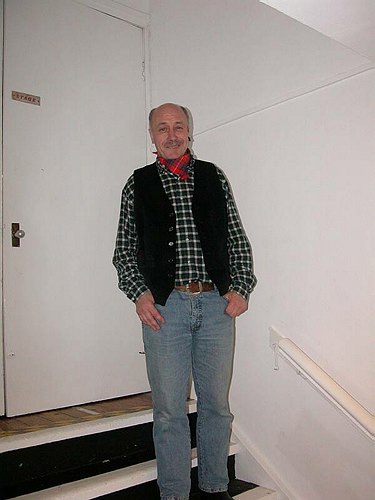 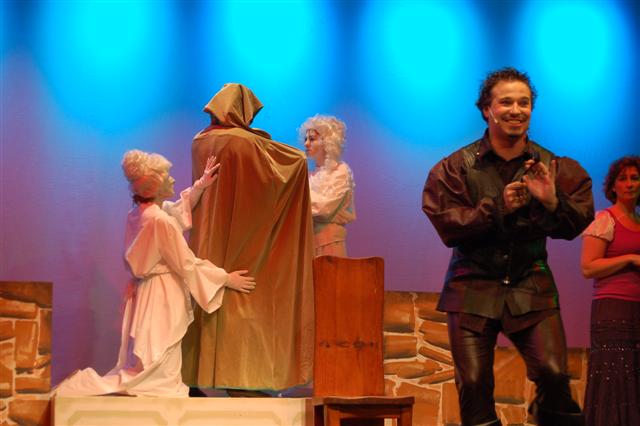 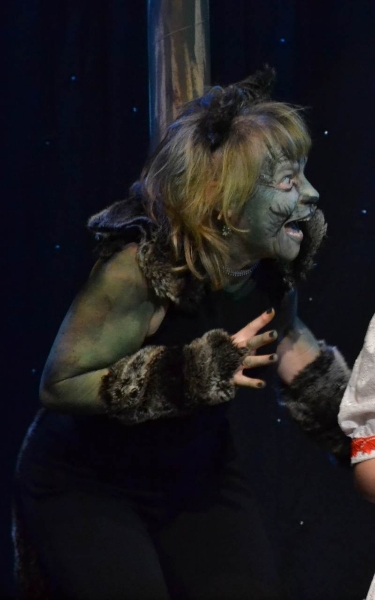 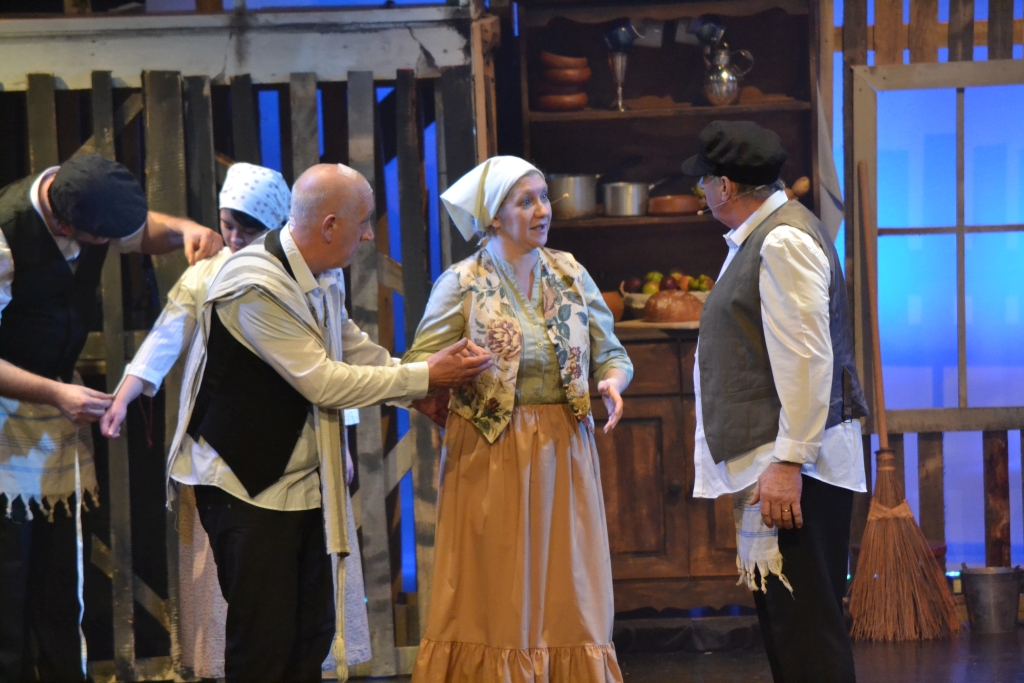 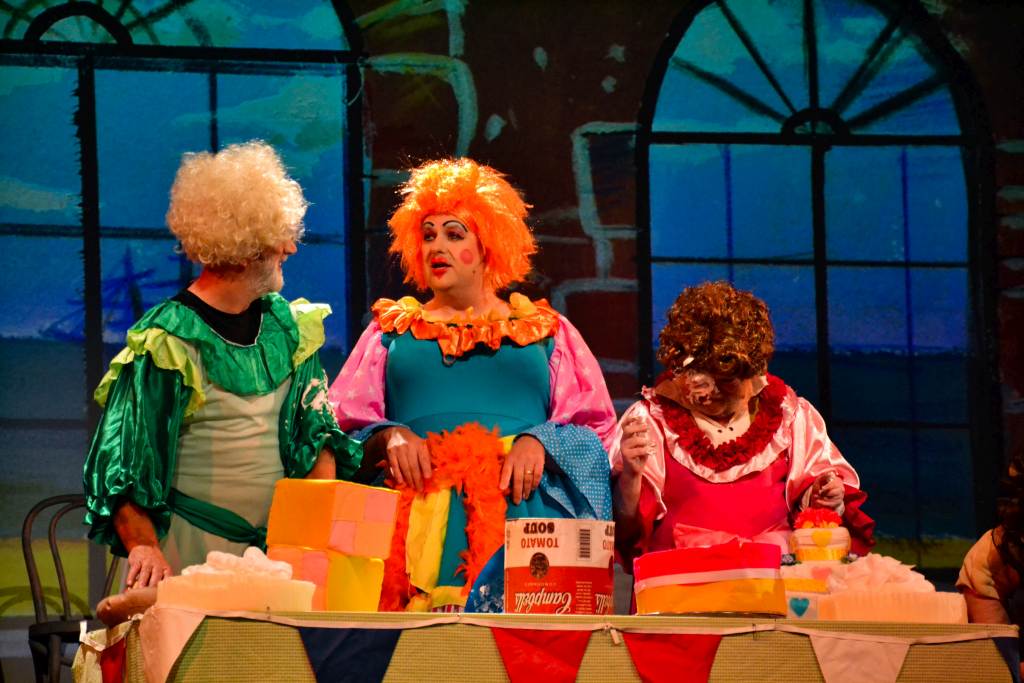 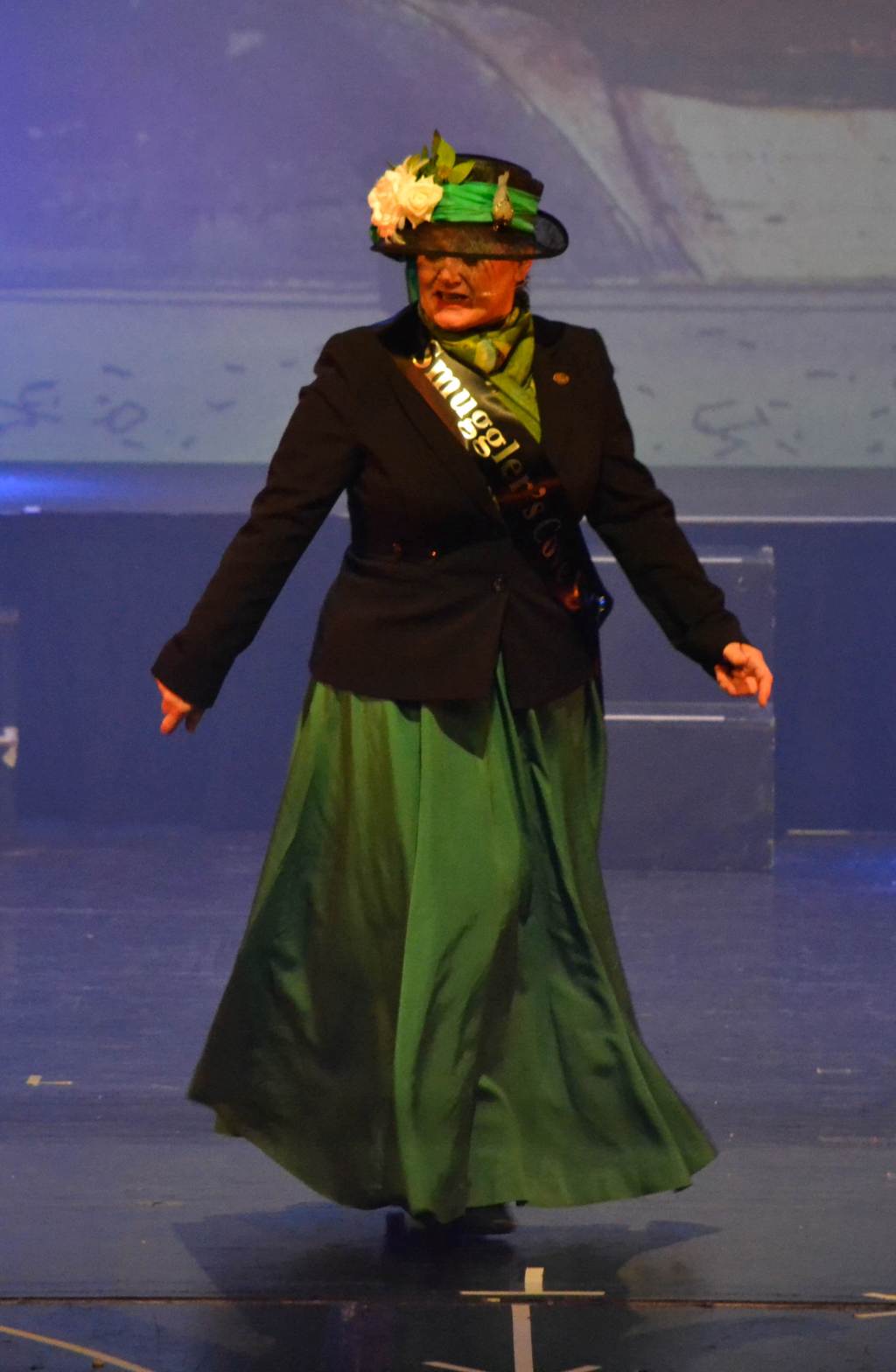 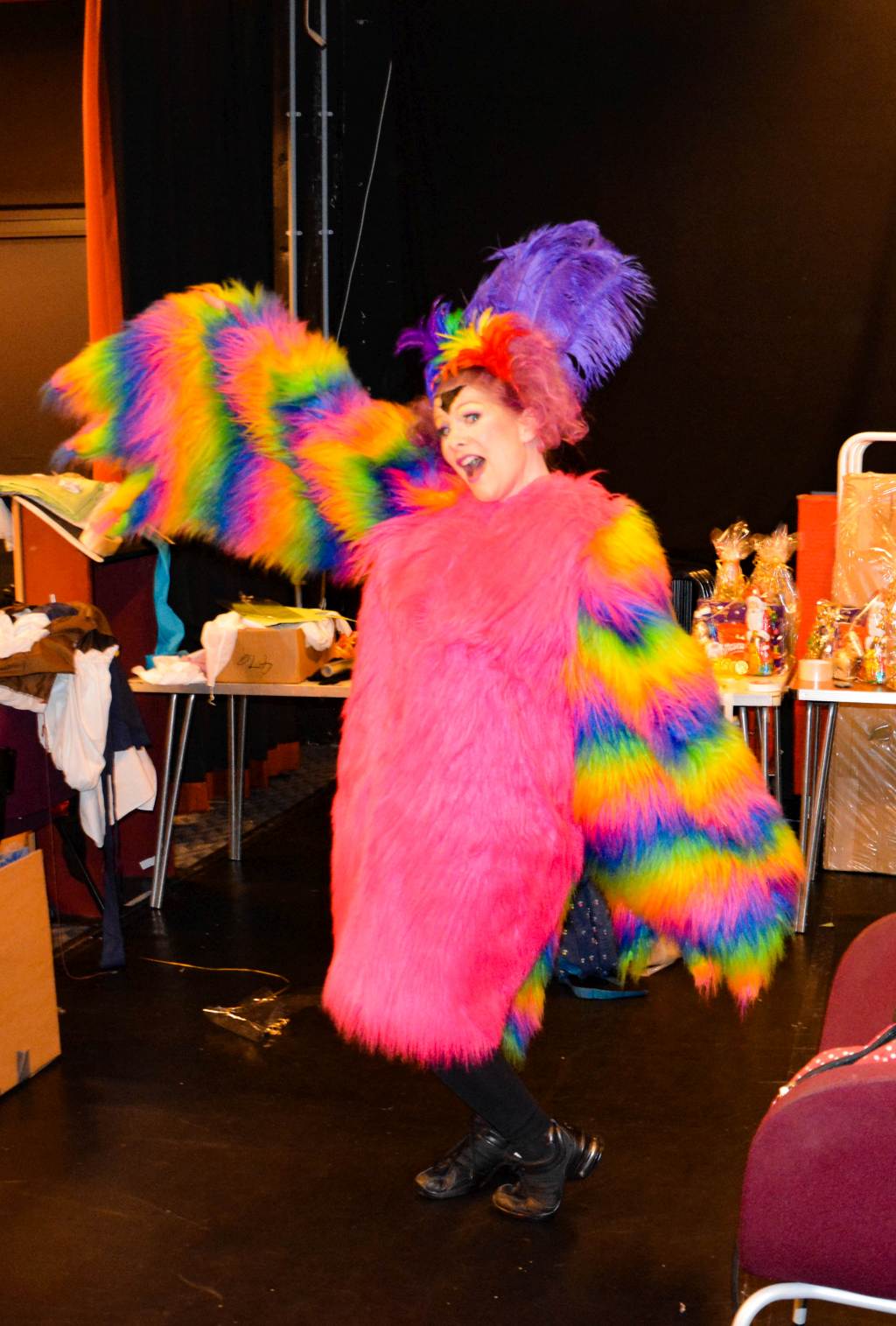