Welcome to the Anything Goes 2015 Oban Production “Extras”

We will add photos and other material here over the course of the show and beyond. Please Scroll down the page to see what has been uploaded. 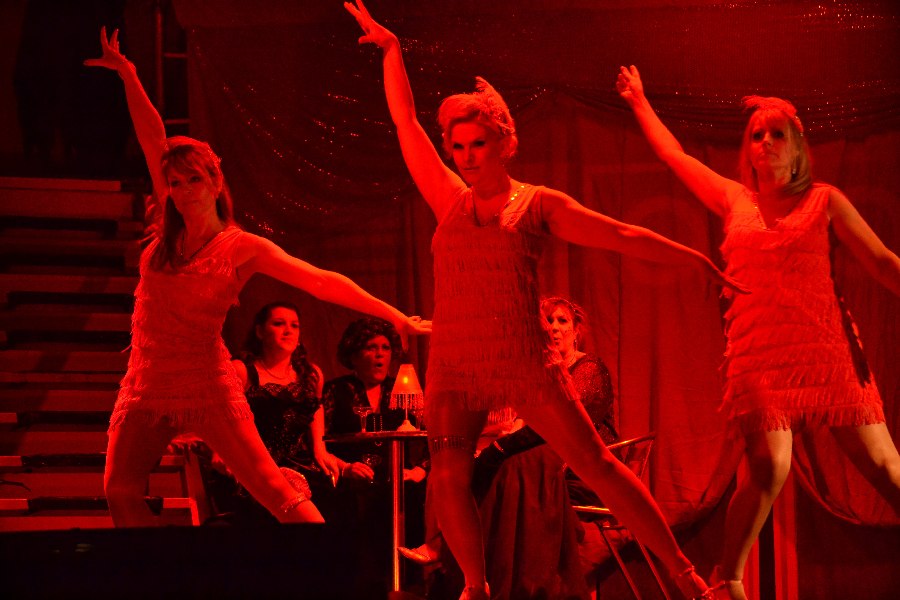 Oban’s Spotlight Musical Theatre Group brings the fast-paced comedy musical, Anything Goes, to the Corran Halls this February and transports you back to the Golden Age of high society on the high seas.

Set aboard the luxury liner S.S. American, nightclub singer Reno Sweeney (Ellie Cooper) is en-route from New York to England when she discovers her friend Billy Crocker (David Johnston) has stowed aboard to be close to his truelove, debutante Hope Hardcourt (Aimie MacDonald). Unfortunately Hope is engaged to wealthy English aristocrat Lord Evelyn Oakleigh (Michael Wall). Aided by Reno and Public Enemy #13 Moonface Martin (Stephen Day), Billy sets out to win Hope’s heart through a variety of high-jinks, cunning disguises and even blackmail all the while trying to avoid his Wall Street boss Mr Whitney (Roddy MacEachen).

Supporting this nautical tale you will recognise many locals treading the boards including Kathleen MacGregor, Ian Henry and Peter Rimmer and making their musical theatre debut on stage with Spotlight is Stephen Glen-Lee as the Captain and David Johnston as their leading man, Billy.

With a host of local faces on stage and behind the scenes, it truly is a community production bringing together many talents across the whole theatrical spectrum – It also continues Spotlight’s theme of bringing big Broadway hits to Oban having recently performed The Producers and Guys and Dolls to name but a few.

The wonderful score by Cole Porter features classic songs such as I Get A Kick Out of You, It’s De-Lovely, You’re The Top and Anything Goes. Along with a collection of dance numbers that you will get your toes tapping, this will be a great night out.

Kevin Baker is swapping library books for theatre scripts once again as he directs this production and Louisa Hyde returns as producer and choreographer.

The show runs from Wednesday 25th – Saturday 28th February and tickets are available now from the Corran Halls Box Office on 01631 567333.

So let us transport you back to time when truly Anything Goes!!